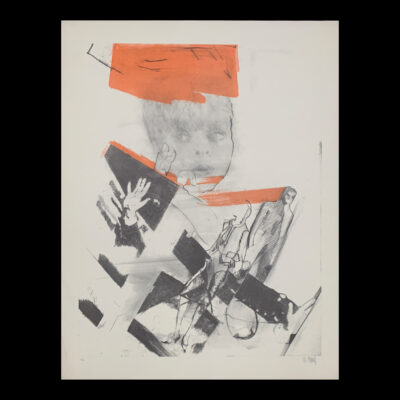 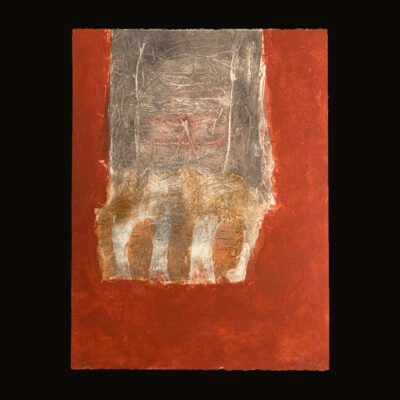 Painter, printmaker, and sculptor Paolo Boni was born in Vicchio di Mugello, Tuscany, Italy, on April 12, 1926. His formal art training began early, enrolling at the Liceo Artistico di Porta Romana (State Artistic High School, Porta Romana) as a teen, studying under sculptor Corrado Vigni. By 1946 he was regularly exhibiting throughout the major cities of Italy. He and his wife, American photographer Katherine White, moved to Paris, France, in 1954, where Boni established a studio in the city as well as in rural Alésia, and became known as the “Italian artist from Paris”.

He exhibited in France, Italy, and the United States, and began investing time learning intaglio printmaking techniques that allowed him to employ his knowledge of sculpting. He developed a style in which he would use relief and integlio processes, affixing pieces of carefully shaped metal to the plate, often indivdually inking the pieces or occasionally leaving the entire composition uninked, to form a collage of shapes. In the 1970s he named this technique “grafisculpture”.

His collections were highly influenced by expressionism, highlighting emotions from a subjective perspective. Boni earns his reputable name recognition due to his mosaic engravings known as “graphisculpture.”

Works and travels in Europe and USA

TO READ FROM OR ABOUT THE ARTIST :