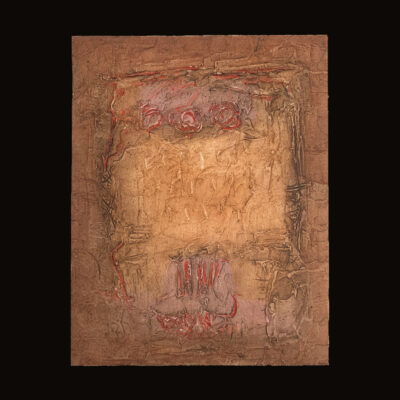 Thierry Buisson was born in 1954, in Paris. Since 1980, after a stint at the National School of Fine Arts in Paris and in engraving workshops in the capital, he has been a painter, engraver and since 2014, also practices ceramics.

Thierry Buisson is a multidisciplinary artist born in 1954 in Paris. He graduated from the National Superior School of Fine Arts of his hometown, he emerged in the 90s as a leading figure in the contemporary scene. His work is exhibited internationally in numerous galleries, in Paris, Washington, Orne and Nantes. His works are also presented in numerous fairs, such as the Salon de Mai, the International Exhibition of Prints, among others, as well as on International Contemporary Art Fairs, in Stockholm, New York, Paris and Madrid. Thierry Buisson has also illustrated numerous books (“All this City”)- Text by Dominique Joubert, “The Farewells”- Text by Pierre D’Ovidio, “Fragments”- Text by Thierry Buisson.

Let’s talk a bit about me and my “drawing” journey. I started drawing quite early by copying comic book characters. it was the daltons, lucky luke, mickey and his band etc. I liked finding myself for hours in front of my drawing and seeing it evolve. And then, the revelation, the comic strip that will make me give up color for black and white. CONAN THE BARBARIAN, a comic drawn by an Italian, I believe, with drawings of landscapes and great characters, which in addition to the story, immerse me in the thumbnail which sometimes took up half the page. These were very detailed and expressive. New turning point in black and white drawing on a book that a friend made me discover. A bible should I say for lovers of architecture and the Middle Ages. Written by VIOLLET LE DUC, it deals with his restoration work on various monuments, clothing, armor, weapons, furniture from the Middle Ages. This book is illustrated by itself with superb drawings. I didn’t need more to associate black and white with architecture and all the other subjects I came across. I went to the south in 2003, where I started taking photos of architecture, old buildings or religious buildings that I decided to reproduce in India ink. Self-taught, I look for myself then find my technique that I constantly renew over my drawings. Each one has made an intimate study, a research on the desired result. I want a rendering as true as possible without copying the grays of the originals, but the result must be harmonious and realistic. following the subjects I continue to learn, and evolve by adapting to photography. thank you.

Passing by the shores – Text by Dominique Joubert