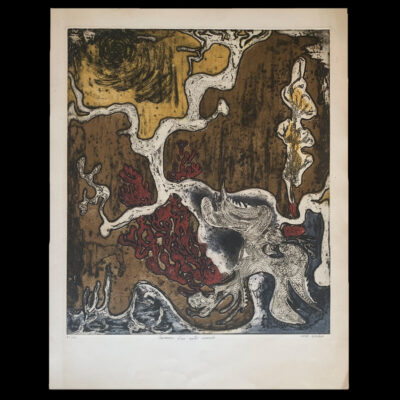 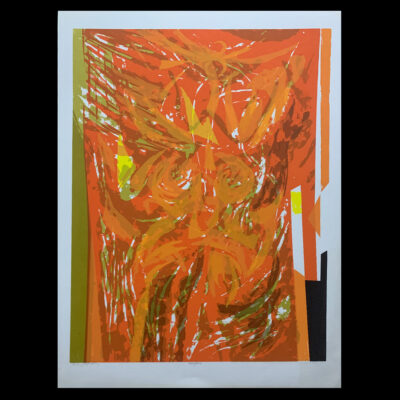 Studies: Free Normal School in Tienen, final diploma in 1948. Preparation for the exam “Drawing Teacher” at the Sint-Thomas Institute Brussels 1950-1952. Received the diploma for the Central Examination Board in 1954.

In 1963 he received the “Prize of Young Belgian Painting”.

The work of Fons Verstreken is well represented in several private collections.

“In addition to painting, Fons Verstreken also focused on graphics. He made etchings and wood engravings, never unambiguous; in etching e.g. he developed various variants such as the mezzotint, which gave his work rich depth and brilliant shades of gray. In the burin engraving he excelled with bravado and strikingly drawn lines that betray the hand and strength of a true master.

Fons Verstreken also got to work with clay. Especially in the visual ceramics his artistic work takes on a broad impetus in which many virtuoso elements from his earlier work come together. Big “heads” are sometimes serious, sometimes almost caricatures with biting mockery. In his ceramic work, Fons Verstreken seems to be reborn, liberated; something he pursues and seeks out all his life; freedom.”

Be the first to review “Fons Verstreken – Burijnstudie” Cancel reply