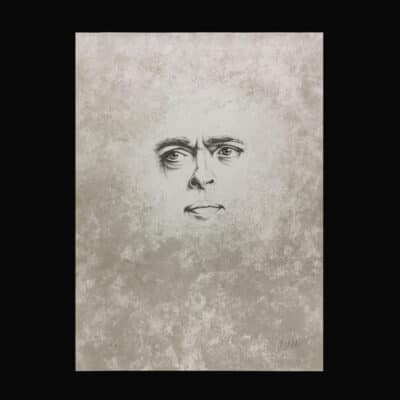 Godfried Vervisch (1930 – 2014) is a Belgian self-taught artist who initially painted landscapes and still lifes, but soon developed his own style with expressionist influences. He is best known for his self-portraits, nudes and narrative scenes based on his own experiences. He also carved three-dimensional works in plaster and bronze.

Vervisch never paints – no matter how brilliantly he often paints – for the art of paintings as such. Pictorial language is, in his eyes, a tool, never the object. Shapes and colours are ‘only’ the direct rendering of feelings which palpitate with life. That isn’t always sightly since Vervisch’s oeuvre isn’t pleasing to the eye; it is primarily disquieting…

Be the first to review “Godfried Vervisch – Man-Hond” Cancel reply