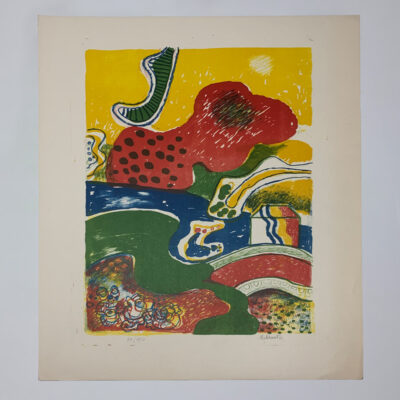 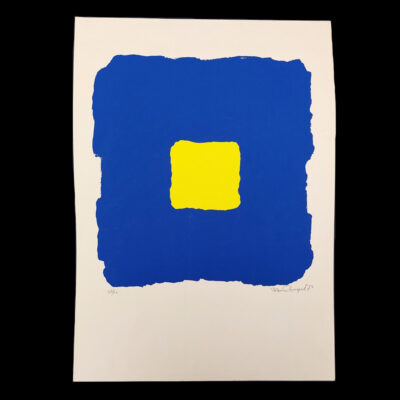 Earning international acclaim, his work has been interpreted as Surrealism but with a personal style, sometimes also veering into Fauvism and Expressionism. He was notable for his interest in the unconscious or the subconscious mind, reflected in his re-creation of the childlike. His difficult to classify works also had a manifestation of Catalan pride. In numerous interviews dating from the 1930s onwards, Miró expressed contempt for conventional painting methods as a way of supporting bourgeois society, and declared an “assassination of painting” in favour of upsetting the visual elements of established painting.

The work is part of the album “Ubu aux Baléares” composed of twenty-three lithographs without text, numbered and signed, and seven pages of text. Edition of 120 copies numbered from 1 to 120 and 6 out-of-print copies numbered from I to VI. Publisher Tériade, Paris, printer Mourlot, Paris.

Printed in November 1971 by Mourlot in Paris on Arches paper.