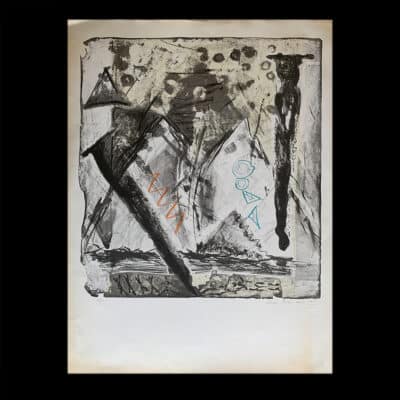 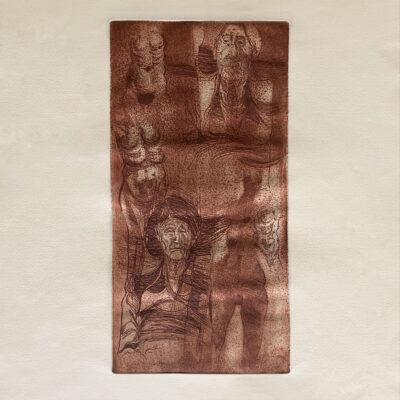 Residing in France for four years, he received great receptivity from two French art publishers, having sold numerous dated editions of engraving, represented in the collection of the Bibliothèque Nationale de Paris. I received an invitation from the Societé des Femmes Bibliophiles to illustrate a book of short stories by Jules Laforgue, whose previous edition had been illustrated by Dalí. Returning to Brazil, he set up his office in Brasília and continued to keep in touch with his French publishers. As an art-educator, she taught metal engraving courses and lectures at the Catholic University of Lima (Peru), at the University of Brasília (Brazil), at the National School of Arts (Nicaragua), at the National University-Heredia (Costa Rica), at Central University of Venezuela (Caracas) and the Museum of Contemporary Art (Panama).

Encouraged to give continuity to the teaching of engraving after an extension course taught at UnB, she created her Escola de Gravura, not her own atelier, where she undertook the training of new engravers for more than 12 years, between 1975 and 1987. Fundou, therefore, o 1st Nucleus of Engravers of Brasília. Created the 1st Museum of Art of Brasília in 1985 and, in 1989, the Clube da Gravura, bringing together, in its majority, professional engravers from the Federal District. She was, for more than 6 years, coordinator of museums of the Secretary of Culture of the Government of the Federal District, having also been designated to coordinate the II Brasília Prize for Plastic Arts / XII National Salão de Artes Plásticas do Ministerio da Cultura, in 1991. Nesse Same year, fez to curator of the Brazilian participation in the X International Biennial of Gravure of Valparaíso, Chile. In 1995, she became a teacher, devoting herself entirely to her own art. As a recording artist, since 1970, Lêda has participated in collective and individual exhibitions in Latin America, the United States, Canada, Europe and the East. Since 2002, he resumed his gravure studies in his own studio, exhibiting periodically with his students.