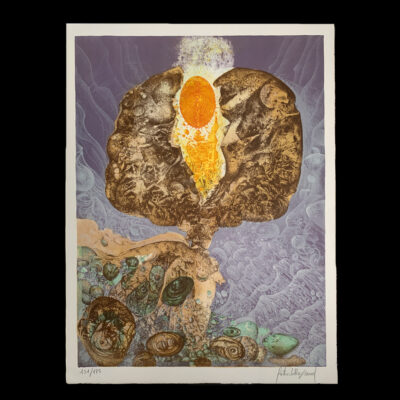 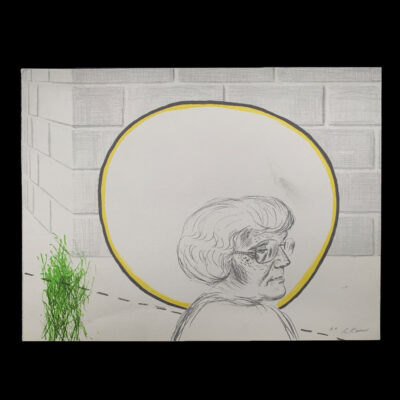 Pierre Alechinsky, an early member of the CoBrA group, makes both colorful, expressive paintings and black-and-white drawings; across canvas and paper, he has depicted volcanoes, waterfalls, and fantastic creatures. Alechinsky’s lively aesthetic, spontaneous gestures, material experimentation, and embrace of the pictorial possibilities of text reflect the ethos of CoBrA; the international artist collective was inspired by Paul Klee, Joan Miró, and folk and children’s art. Alechinksy also embraced Japanese calligraphy, making use of both its flowing forms and the physicality of its application. His work often straddles the boundary between abstraction and representation and has achieved up to seven figures at auction. Alechinsky has exhibited at the Palais des Beaux-Arts in Brussels, the Stedelijk Museum, the Centre Pompidou, the Guggenheim Museum, the Taipei Fine Arts Museum, and the Museum of Fine Arts, Houston.

Be the first to review “Pierre Alechinsky – Trondheim” Cancel reply