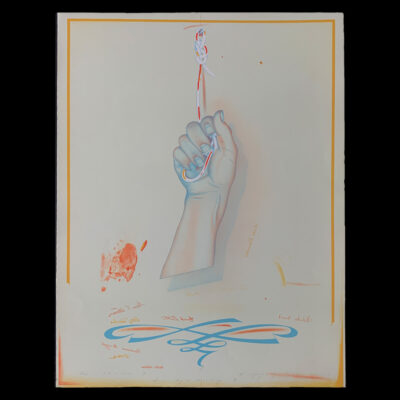 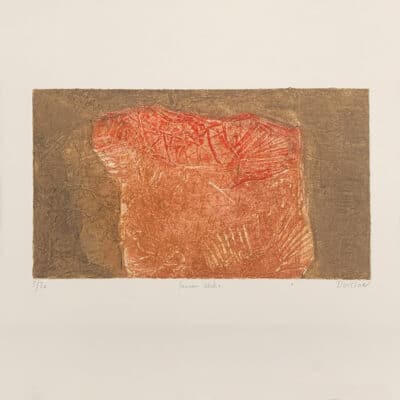 Reiner Schwarz (born February 28, 1940 in Hirschberg in the Giant Mountains) is a German painter, lithographer and draftsman. He lives and works in Berlin.

After fleeing and being expelled from Silesia, Reiner Schwarz spent the rest of his childhood in a village near Hanover, and most of his schooling in Hanover. In 1960 he moved to Berlin, where he began studying at the Academy of Fine Arts (now: University of the Arts) with the surrealist Mac Zimmermann .

In 1964 his work was shown for the first time in a solo exhibition in Bremen. The criticism in Bremen confirmed that he had his own view of things, his own visual language, which was fed by the precise observation of the environment. Galerie Brusberg represented Reiner Schwarz’ entire oeuvre for over 20 years, documented with the catalog raisonné of the lithographs from 1984. Several large exhibitions, for example at the Kunstverein Mannheim, the Museum Ostdeutsche Galerie Regensburg (retrospective of the pictures and the lithographs), in the Galerie Brusberg in Hanover and in Berlin on Kurfürstendamm.

In 1987 there was a groundbreaking working encounter with Rolf Münzner (Geithain) and Peter Stimpel (Altenburg) in the Kätelhön printing workshop. In 1988, Schwarz began to draw realistically on large-format packing paper from the GDR. The chief restorer of the State Museums in Berlin, Prussian Cultural Heritage, judged the quality of these GDR wrapping papers: “They are a natural product, darken slightly, but are completely harmless in terms of conservation.” Man has disappeared from the wrapping paper on which Reiner Schwarz still works today. You experience still lifes, objects of daily use and rooms that are deserted – but “… these are rooms in which people have lived, left their mark and shaped the rooms. The objects themselves became individuals when they were used by people, they carry the memory of these people within them. My respect goes to the objects and the people that I did not know and that I do not depict, but who gave life to these objects.” The art historian Helmut Börsch-Supanwrote about these drawings: “Reiner Schwarz shows the view of reality from which man is banished and only what can be seen is what he has caused … His message is gentle but subversive. It is resistance to the inhuman speed of the machine. The pictures plead for a different way of dealing with time and thus also with life.”

Schwarz produced his first lithographs in 1960, the year in which he began studying at the Academy of Fine Arts in Berlin. From 1961 to 1964 he studied in Mac Zimmermann’s painting class. During his study trips to Florence and Venice in 1962, he studied Italian painting, especially Sienese and Mannerist painting . In 1964 Schwarz passed his first artistic state exam, followed by a study trip to Rome. In 1965 he became a master student . After his second state examination in 1968 he became a freelance painter and graphic artist.

1972 and 1976 medals at the Frechen International Graphics Biennial
1977 2nd Senefelder prize for lithography, Offenbach
1979 Promotional award for the Silesian Culture Prize of the State of Lower Saxony
1996 Prize of the 1st International Lithography Biennial of the Baltic Sea Countries, Nidzica