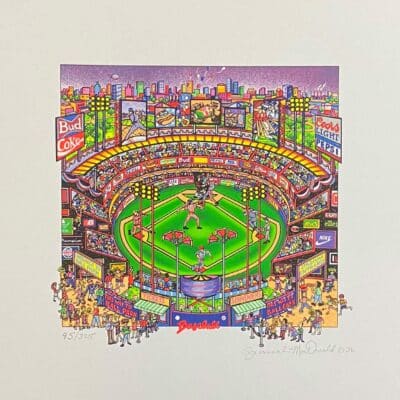 A painter (1903-1979) of charming Brussels cityscapes, figures and portraits in a naive visual language. Education at the Academies of Brussels (1934-35, Anto Carte) and Sint-Joost-ten-Noode (1936-40, Jacques Maes). First personal exhibition in 1942 in gallery Apollo. Regularly participated in the exhibitions of Appor until 1948. Is influenced by Edgard Tytgat and Louis Thevenet. Makes a series of naive cityscapes of Brussels, filled with nostalgia for a bygone era. Co-founder of the Jeune Peinture Belge (1945). Exhibited for the last time in 1951 (Brussels) but continues his artistic activities in voluntary seclusion.

Training at the Academy of Brussels with Anto Carte (1934 – 1935) and at the Academy of Saint-Josse-ten-Node with Jacques Maes (1935 – 1940). First solo exhibition at the “Apollo” Gallery in Brussels in 1942. Participated in the Salons of the “Aportion” group from 1941. In 1945, co-founder of “La Jeune Peinture Belge“, of which he was the oldest representative. Opposed thereafter, with Charles Pry and Roger Somville to the dissolution of the group. His favorite themes are figures, portraits and small town corners. Slightly synthetic style and poetic touch. In his works, he captures the atmosphere of Brussels’ past. Refined palette. His works often contain a touch of nostalgia. His work is steeped in an atmosphere of silence and his style is never completely free from the influence of Tytgat or Thévenet. Exhibited for the last time at the gallery “Le Diable par la Queue” in Brussels in 1951. Afterwards, he continued his artistic activities in voluntary isolation.

Be the first to review “Emile Mahy – Vissen” Cancel reply